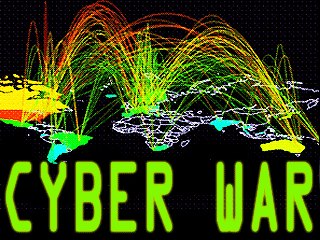 Using ISO 27001 to Protect Your Organization in the Age of Cyberwarfare and Cyberattacks -January 15, 2013 Cover Story at Hakin9 On Demand Magazine (New)!

Technical Paper: Case for Integration of Cyberwarfare and Cyberdeterrence Strategies into the U.S. CONOPS Plan - November 18, 2012

A Brief Analysis of Russian Cyberwarfare Capabilities – Past, Present, and Future - October 21, 2012

Discussion of Cloud Computing and Disaster Recovery as a Service - October 7, 2012

Discussion Questions and Answers about the Stuxnet Worm - December 20, 2011

Suppose They Gave a Cyberwar and Everybody Came? - Presentation for Northshore ASIS - August 8, 2013 (PDF version)

Suppose They Gave a Cyberwar and Everybody Came? (on YouTube.com)

Suppose They Gave a Cyberwar and Everybody Came? (PDF version)

What's in Presidential Policy Directive 20 (PPD 20)?  How It Will Affect America and Americans and Why You Should Care  (on YouTube.com)

What's in Presidential Policy Directive 20 (PPD 20)?  How It Will Affect America and Americans and Why You Should Care  (PDF version)

Technical Presentation Video: Case for Integration of Cyberwarfare and Cyberdeterrence Strategies into the U.S. CONOPS Plan - November 18, 2012 (on YouTube.com)

Technical Presentation Video (Slides Only): Case for Integration of Cyberwarfare and Cyberdeterrence Strategies into the U.S. CONOPS Plan - November 18, 2012 (on YouTube.com)

Technical Presentation in PowerPoint: Case for Integration of Cyberwarfare and Cyberdeterrence Strategies into the U.S. CONOPS Plan - November 18, 2012

Bousquet, A. (2009). The Scientific Way of Warfare: Order and Chaos on the Battlefields of Modernity. New York, NY: Columbia University Press.

Gray, C.S. (2013). Making Strategic Sense of Cyber Power: Why the Sky Is Not Falling. Retrieved from http://www.strategicstudiesinstitute.army.mil/pubs/display.cfm?pubID=1147  on May 26, 2013.

Libicki, M.C. (2014). Why Cyberwar Will Not and Should Not Have Its Grand Strategist. Retrieved from http://www.au.af.mil/au/ssq/digital/pdf/spring_2014/libicki.pdf .

Libicki, M.C. (2012). Cyberspace Is Not a Warfighting Domain. Retrieved from  http://moritzlaw.osu.edu/students/groups/is/files/2012/02/4.Libicki.pdf.

U.S. Army. (1997). Toward Deterrence in the Cyber Dimension: A Report to the President's Commission on Critical Infrastructure Protection. Retrieved from http://www.carlisle.army.mil/DIME/documents/173_PCCIPDeterrenceCyberDimension_97.pdf  on November 3, 2012.

Rand Beers is the current Under Secretary of Homeland Security for National Protection and Programs. Beers was appointed as Under Secretary by President Barack Obama on June 19, 2009.

March 20, 2013, he delivered this 12-page report, a Statement for the Record Before the United States House of Representatives Appropriations Committee Subcommittee on Homeland Security. It gives unusually detailed review of how the Executive Branch, particularly the Department of Homeland Security sees its role in defining and protecting Critical Infrastructure, both physical and virtual from cyber threats related to cyberattacks. It also discusses the contents the contents and intent of PPD 21, EO 13636, both of which are related specifically to cybersecurity and protection of critical infrastructure.

Update Presentation on the OBAMA Administration Priorities on DHS Highlights Efforts to Strengthen Cybersecurity for the Nations Critical Infrastructure
http://www.dhs.gov/news/2013/02/13/dhs-highlights-efforts-strengthen-cybersecurity-nations-critical-infrastructure

This is the link is James Temple’s article in the San Francisco Chronicle regarding recent computer security threats and issues.
Internet is still vulnerable to cyber-criminals
--James Temple, Chronicle Columnist, Saturday, January 21, 2012
I was one of his subject matter experts that he interviewed for the article. He found me because of a 2002 article I wrote for the Internet Society about DDoS attacks on the 13 DNS Root Servers in October 2002.

M.S. in Cybersecurity at Bellevue University 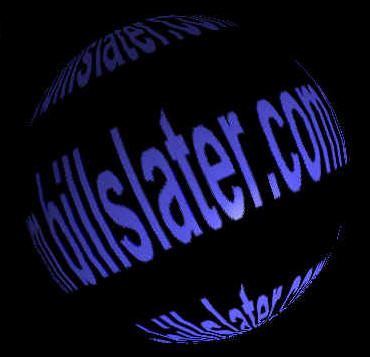